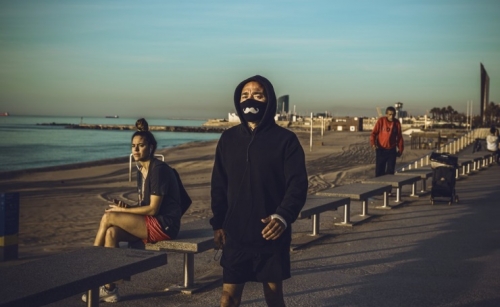 A day after quarantining the entire city of Lleida, Spain announced on Sunday it was locking down another area due to a spike in coronavirus infections. The district of A Marina in Spain's north-western Galician province of Lugo is to be locked down for five days from Monday to Friday in an effort to stem further spread of the virus, the regional government of Galicia said, Deutsche press agency (dpa) reported.

Just over 70,000 people are affected by the latest lockdown to return to Spain, one of Europe's worst-hit countries during the pandemic, with more than 28,300 coronavirus deaths and 250,000 infections. A Marina counted a total of 106 new infections on Sunday, official figures showed.

Regional President Alberto Nunez Feijoo said the new outbreak was traced back to "two or three pubs." Pub opening hours in the area are now to be shortened, while larger gatherings will be strictly prohibited until Friday.

Meanwhile a total of 200,000 people in the Catalan region of Segria, where the city of Lleida is located, returned to lockdown on Saturday, with locals only being allowed to leave or enter through police checkpoints for work purposes.

Health officials say the number of cases of infection in Segria has risen by more than 300 to just over 4,000 within a few days. Most of the infections had come from farms, retirement homes and a residential area, local media reported.

The pockets of infections come as Spain's numbers have been dropping sharply since mid-May and after officials ended one of Europe's strictest lockdowns on June 21. Since then, the 47 million Spaniards have been allowed to move freely in their country again and holidaymakers can now also enter the country.