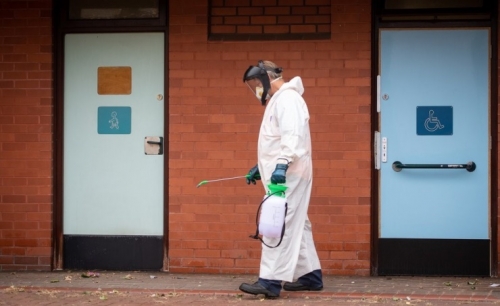 Britain tightens up virus restrictions in city of Leicester

The British city of Leicester will see contact restrictions tightened up once again in a bid to stem the spread of the coronavirus, Health Secretary Matt Hancock told parliament on Monday.

New infections in the city of some 350,000 people made up ten per cent of all cases in England in the last week, according to Hancock, Deutsche press agency (dpa) reported.

Businesses will close in the city in England's East Midlands starting Tuesday, with schools following suit in the coming week.

Over the last few weeks, the government in London has partially loosened measures put in place in March.

Since mid-June, shops in England have been open again and schools have reopened for certain year groups.

However, this will not apply to Leicester.

"We recommend to people in Leicester, stay at home as much as you can, and we recommend against all but essential travel to, from and within Leicester," Hancock said.

Britain is the hardest-hit country in Europe in terms of infection numbers, with more than 43,500 Covid-19 deaths recorded.

Scotland, Wales and Northern Ireland are determining their own contact restrictions.