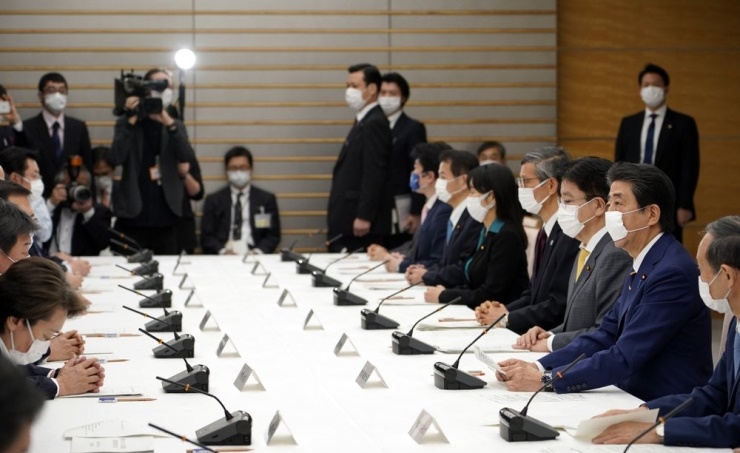 Japan’s Prime Minister Shinzo Abe declared a month-long state of emergency Tuesday for Tokyo and six other prefectures to ramp up defences against the spread of the coronavirus as the number of infections surges.

But the move came in the form of a stay-at-home request — not an order — and violators will not be penalized.

The COVID-19 outbreak is now rampant and rapidly spreading, threatening people’s health, their daily lives and the economy, Abe said. The state of emergency is until May 6, The Associated Press reported.

The state of emergency will only permit Tokyo Gov. Yuriko Koike and heads of the six other prefectures to do more to reinforce calls for social distancing.

“The most important thing is for each one of us to change our activity,” Abe told a government task force. He urged everyone to cut contacts with others by 70-80% for one month.

According to The AP, the announcement follows surges in new cases in Tokyo, including consecutive rises exceeding 100 over the weekend.

By Monday there were 1,116 confirmed cases in the metropolitan region of 14 million people. Nationwide, Japan has reported 91 deaths from COVID-19 and 3,906 confirmed cases, plus another 712 from a cruise ship that was quarantined earlier at Yokohama port near Tokyo.

Abe has been under pressure to declare a state of emergency to get better compliance with calls for social distancing amid rising alarm over the number of cases without any known contact with other patients.

Tokyo Gov. Yuriko Koike welcomed the emergency measures, saying she expects they “will prevail widely and deeply among the people.”

Japan’s limits on official action during a state of emergency stemming from its experience with repression and disasters stemming from fascist governments before and during World War II. The public is doubly wary due to the push by Abe’s ultra-conservative ruling party and its supporters for a Constitutional amendment to include a state of the emergency clause for disaster and wartime contingencies.