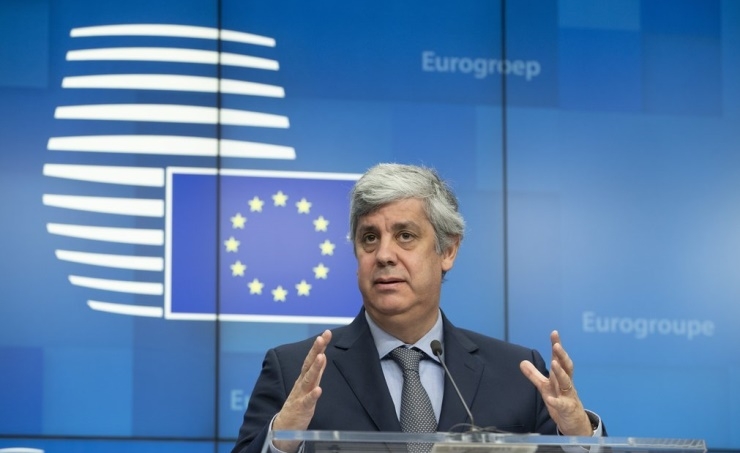 European Union finance ministers are under pressure to deliver proposals for further fiscal measures to counter the economic crisis triggered by the Covid-19 pandemic, as they head into talks on Tuesday.

On the table is a "safety net" worth half a trillion euros (around $ 540 billion), according to Eurogroup President Mario Centeno. The senior eurozone official believes there is a broad consensus for a trio of measures.

First up for consideration is a precautionary credit line from the European Stability Mechanism (the eurozone's bailout fund) in case individual countries experience difficulties raising funds to deal with the fallout from the pandemic on financial markets, Deutsche press agency (dpa).

Also under discussion would be a guarantee fund from the European Investment Bank for business liquidity and EU support, which would pay the wages of workers who would otherwise be laid off by struggling firms.

More controversial is the question of whether jointly issued EU bonds - so-called coronabonds - are necessary to overcome the major economic contraction anticipated in the EU this year.

Some southern EU countries, notably Italy and Spain, are demanding this, and France has proposed setting up a fund for bonds, which would be temporary, with a finite size and dedicated to the coronavirus crisis alone.

However, Germany, the Netherlands, Austria and Finland have rejected calls for coronabonds.

If the finance ministers can reach a consensus, they can present their proposals to EU leaders for a decision.