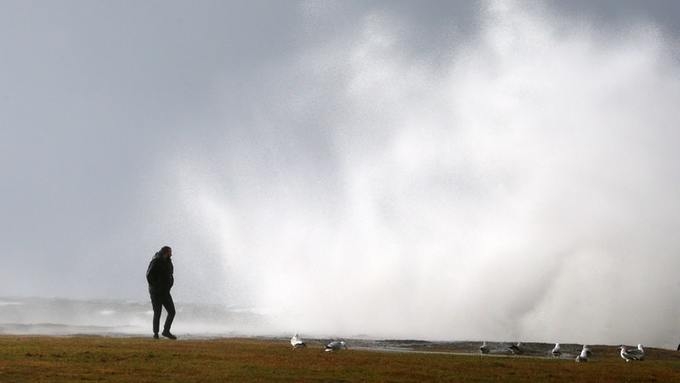 Road, rail and ferry links have been hit and football matches cancelled as Storm Dennis sweeps across Scotland. The M9 was closed at Bannockburn on Saturday afternoon due to flooding and police warned many other routes were treacherous. ScotRail advised all customers in the west of the country not to travel because of widespread disruption.

Three severe flood warnings have been issued for the Hawick area in the Scottish Borders. The Scottish Environment Protection Agency said river levels in the town were likely to reach similar levels to those experienced in January 2016 and were due to peak between 21:00 GMT and 23:00 on Saturday.

A local leisure centre has been opened for anyone who has to move out of their homes. An amber warning for rain covered parts of Dumfries and Galloway and the Borders until 20:00. A wider yellow warning is also in place across the majority of the country for most of the day, and will be followed by high wind warnings on Sunday. A gust of 77mph was recorded on South Uist on Saturday morning, and high winds are set to continue on Sunday through until midday on Monday.