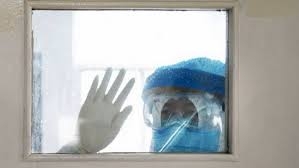 The worldwide spread of the coronavirus has killed over 1,018 people, eclipsing the death toll from the global outbreak of SARS that started in China almost two decades ago. Across mainland China, there were 42,638 new confirmed infections on Tuesday, bringing the total accumulated number so far to 43,112. Hubei reported 2,097 new infections, the smallest daily increase since 1 February.

The 2002-2003 outbreak of severe acute respiratory syndrome, or SARS, killed 774 people and sickened almost 8,100 others, in 26 countries, over eight months, the World Health Organization (WHO) said. Mainland China accounted for about 45% of SARS deaths.

Nearly 43,112 conformed cases have been reported in 27 countries, according to the Johns Hopkins university’s real time tracker of the disease, which has been declared a global health emergency by the WHO.

India has tested at least 1,622 samples till Monday, of which 654 were from the quarantine centres set up for the individuals evacuated from Wuhan.

Here are all the latest updates of deadly coronavirus:

To block the spread of coronavirus, which has claimed over 1,000 lives in China, the health experts are asking people to keep windows and doors open.

According to Tan Chorh Chuan, Chief Health Scientist in Singapore, people should switch off air-conditioner and breath fresh air to reduce the chances of infection. The likelihood of survival of virus outdoors was lower, Chuan added.

While many unknowns remain about coronavirus, earlier studies suggest that it thrived in cool, dry climates, reports The Strait Times.

Pointing to several research on survival of viruses after the outbreak of the severe acute respiratory syndrome (Sars) in 2003, he said, "Most studies indicated they don't survive in hot (over 30 degree C), humid environments (humidity levels of over 80%)."

Malpass said the bank was working with the World Health Organization (WHO) to aid China, including offering advice about past health crises, but did not plan any financial assistance because China has ample resources of its own.

"My thought is that we all wish them a speedy way to address the coronavirus in China," he said in an interview on Monday. "We’ve offered technical assistance in the area of health, sanitation and disease policies."