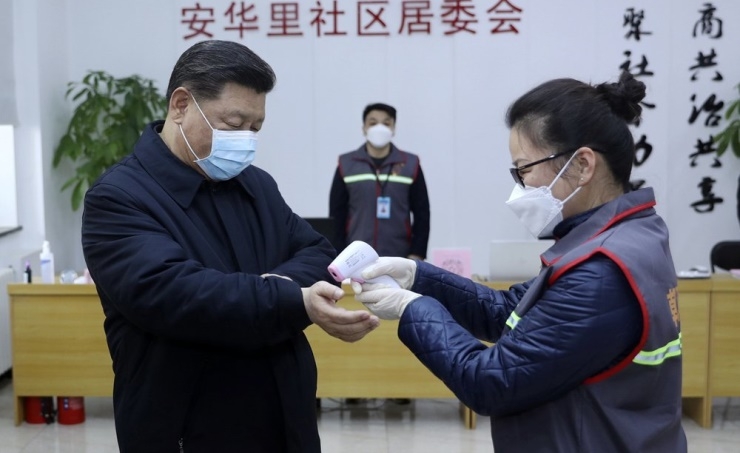 China’s daily death toll from a new virus topped 100 for the first time and pushed the total for the outbreak above 1,000, authorities said Tuesday, after leader Xi Jinping visited a health center to rally public morale amid little sign the contagion is abating.

More offices and stores in China were reopening after the extended Lunar New Year break, but many people were staying home. Public health authorities are closely monitoring whether workers returning to cities and businesses resuming will worsen the spread of the virus.

In a bid to boost morale, Xi visited a community health center in Beijing on Monday and expressed confidence in the “war against the disease,” The Associated Press (AP) reported.

Xi wore a surgical mask and had his temperature taken before expressing his thanks to health workers on behalf of the ruling Communist Party and government. “We will most definitely win this people’s war,” he said.

Much of Xi’s message was focused on calling for citizens to follow the party’s dictates and aimed at minimizing the potentially massive economic impact of the outbreak.

His appearance came amid questioning of the government’s handling of the crisis, particularly the failure of local officials in the worst-hit city of Wuhan to clarify the extent of the outbreak. Public anger has been inflamed over the death of a young doctor from the virus who had been threatened along with seven others by police for warning of the potential for a major outbreak as early as December.

The virus outbreak has become the latest political challenge for Xi, who despite accruing more political power than any Chinese leader since Mao Zedong, has struggled to handle crises on multiple fronts, including a sharply slowing domestic economy, the trade war with the U.S. and push-back on China’s increasingly aggressive foreign policies.