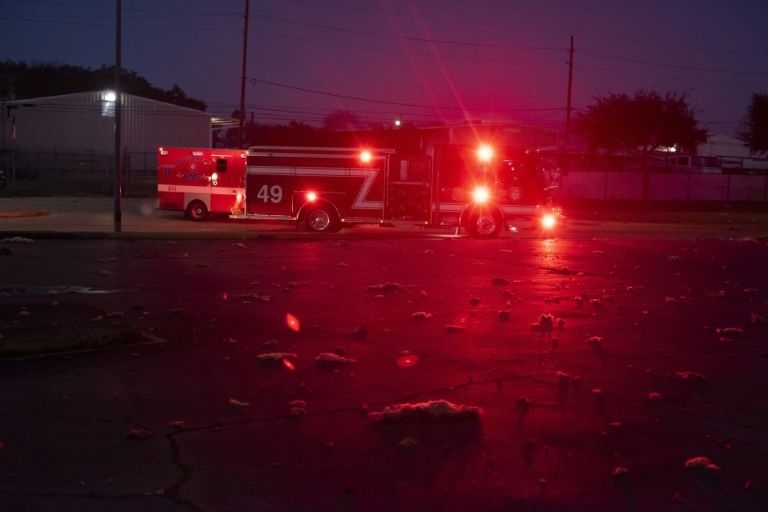 A large explosion shook the US city of Houston, Texas, early on Friday morning, with shocked residents woken before dawn as houses were badly damaged and glass windows blown in.

The Houston Fire Department said one person had been taken to hospital as firefighters, emergency services and police rushed to the scene.

Police described the incident as a “building explosion” and warned all traffic to avoid the area in the northwest of the city.

CNN said that the blast erupted at about 4:15 am, adding that it had reportedly occurred at a grinding and manufacturing business 18 miles (29 kilometers) northwest of downtown Houston.

Security camera video footage appeared to show a huge blast and a fireball rising into the air.

Details about what exploded, the cause and whether anyone was seriously injured were not immediately confirmed.

“This is still an active scene. Avoid the area. No evacuation order given at this time,” city fire chief Samuel Pena tweeted.

“We will advise of the possible cause of the explosion as soon as we have concrete info.”

Nearly every house in the area had extensive damage, including shattered windows and damaged garage doors, the local KPRC 2 TV news channel reported on its website.

“(The explosion) knocked us all out of our bed, it was so strong,” resident Mark Brady told KPRC.

“It busted out every window in our house. It busted everybody’s garage door in around here... and closer toward the explosion over here, it busted people’s roofs in and walls in and we don’t know what it is... It’s a warzone over here.”

“This is a disaster,” he said. “This is a big disaster. I really don’t know what happened... Houston we could use your prayers.”

Another resident named only as Kim said: “The whole house is ruined.

“The whole ceiling crashed down on all of us. We were all trapped in there and a nice family came and helped up out. It’s trashed. It’s just trashed.

“Every house was devastated.”

One resident told CNN affiliate KTRK that “the whole ceiling fell in” at her home.

“I thought maybe the house had gotten hit by lightning. And then I realized there was no storm,” the resident told KTRK. “No one can figure out what happened.”