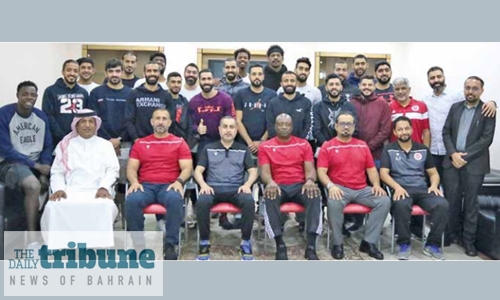 The Bahrain Basketball Association (BBA) have named an initial 24-player national team that will begin training for Bahrain’s upcoming qualifiers for the 2021 Fiba Asia Cup. Those games are scheduled to begin next month and Bahrain are in Group D of the qualifiers along with India, Lebanon and Iraq. The Bahrainis’ first game will be against their Indian counterparts at home on February 21.

The BBA recently held a meeting with the players, headed by BBA president Talal Kanoo and attended by newly signed national team head coach Sam Vincent from the US. Vincent’s assistant coach is Ayoob Haji. Following next month’s qualifiers, there will then be a long break before their next game on November 26 away against Iraq, after which they place away once again against India on November 29.

Their final two qualifiers will be held in February of next year, both at home against Lebanon and then Iraq. The top two teams from each of the six qualification groups book their tickets to the Fiba Asia Cup, while the third-placed teams go to another stage of qualification, where another four final spots will be up for grabs.

Meanwhile, the draw for the Khalifa bin Salman Cup 2020 will be held on Sunday at Zain Basketball Arena in Um Al Hassam. The Bahrain Basketball Association (BBA) have done all the preparations for the event. BBA board member Osama Al Kooheji said that Muharraq and Manama have been chosen to head the two groups of the competition’s first round, based on the results of the preliminary stage of the Bahrain league.

Al Kooheji added that each team will be allowed to field two professional players in the tournament.