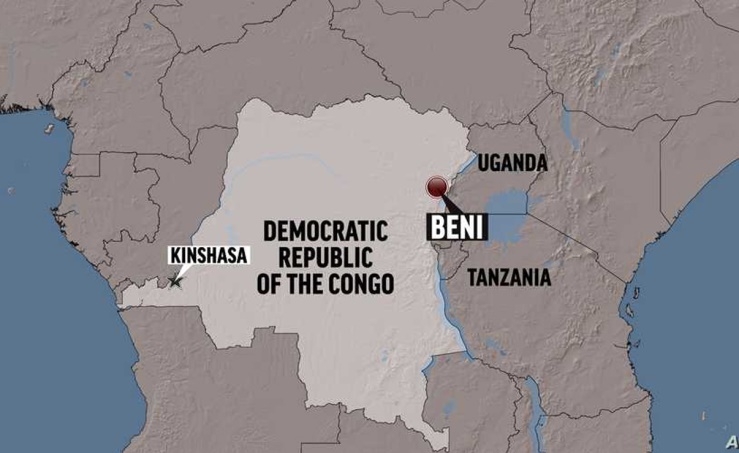 Rebels again attacked a city at the center of the Ebola outbreak in eastern Congo, killing at least six people, witnesses and officials said Saturday.
Congolese health authorities said a spate of recent violence in the area has allowed the Ebola virus to spread further, a new setback in the 16-month outbreak, The Associated Press (AP) reported.
The new attack in Beni on Friday night came as Congo’s military steps up its fight against armed groups including the Allied Democratic Forces (ADF) rebels. They were blamed for the assault.
A recent surge in such assaults has led some Beni residents to protest violently over the lack of protection for civilians. Last month residents burned the town hall and stormed the United Nations peacekeeping mission.
Repeated attacks by ADF rebels and other armed groups also have disrupted health workers’ efforts to contain Ebola, which has killed more than 2,200 people in this outbreak. Vaccination teams at times have been unable to reach those most at risk because of the threat of violence.
Thirty-four new cases were recorded between November 29 and December 11.
Congolese President Felix Tshisekedi promised to do everything possible to stop the ADF and other armed groups.