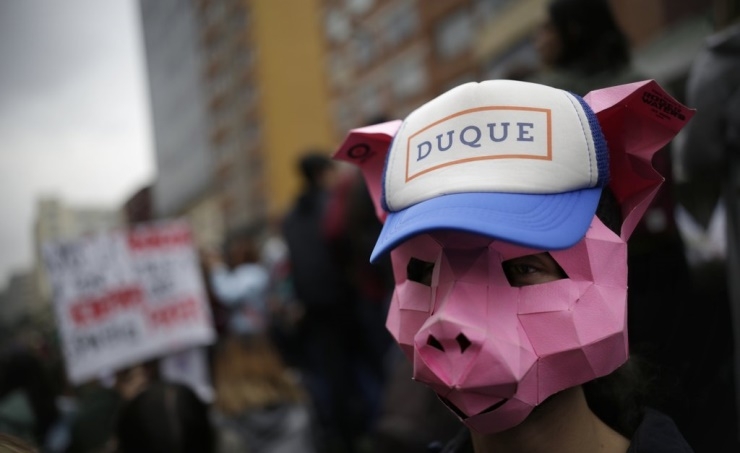 Diego Molano from the president's office said on Monday the government had agreed to meet with the National Strike Committee to discuss its 13 demands, Deutsche press agency (dpa) reported.

Exclusive talks had been the key demand of the strike committee, which includes trade unions and civil society groups.

President Ivan Duque had previously been insisting that negotiations include other economic and political players as well.

The strike committee agreed to meet government representatives on Tuesday, but it refused to call off nationwide marches that are planned for Wednesday, broadcaster Caracol reported.

The protests started on November 21, when about 250,000 people across the country demonstrated against economic reforms, a funding shortage for education and killings of community leaders by armed groups.

Smaller rallies have taken place daily since then, and nationwide protests were staged again last week.

The protests have occasionally turned violent, leading to clashes, looting and acts of vandalism.

The demonstrators' demands now also include the dismantling of the riot police ESMAD, which fatally wounded a young protester on November 23.

The death toll on Monday rose to at least five, when a masked demonstrator died from injuries caused by explosives he was carrying while helping to block a road near a university campus in Medellin, according to Caracol.

With the protests, Colombia joined a wave of civil unrest in Latin America that has swept countries such as Ecuador, Chile and Bolivia.