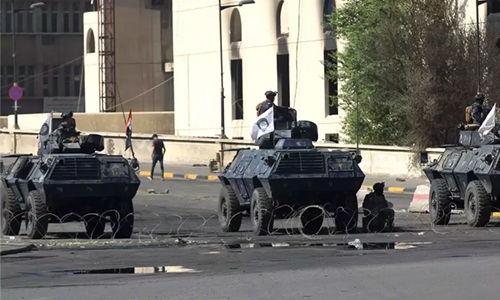 At least 104 people have been killed and more than 6,000 wounded in less than a week of unrest in Iraq, Interior Ministry spokesman Major General Saad Maan said on Sunday on state TV.

Maan said eight members of the security forces were among those killed and 51 public buildings and eight political party headquarters had been torched by protesters.

At least 18 people were killed in clashes between anti-government protesters and police in Baghdad on Saturday night, according to police and medical sources.

Protests, the scale of which has taken authorities by surprise, have come as the Cabinet has tried to appease public anger over corruption and unemployment with a new reform plan.

A great march to glory

More than 90 per cent of complaints ‘redressed’ through Tawasul system