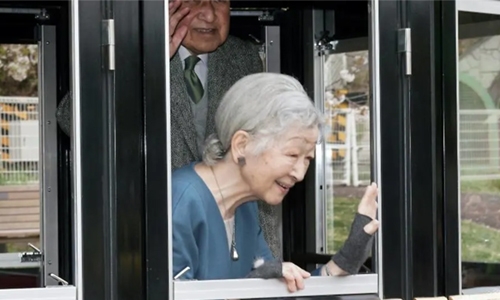 Michiko’s husband Akihito formally stepped down as emperor in April, the first abdication for 200 years in the world’s oldest monarchy. Her operation began Sunday morning “as scheduled” at the University of Tokyo Hospital, the agency official said.

“It ended safely and (she) went back to her room,” the official told AFP, adding that further details would be announced later. Akihito and daughter Sayako Kuroda, a former princess who left the royal household to marry a commoner, visited the hospital to see Michiko before the operation.