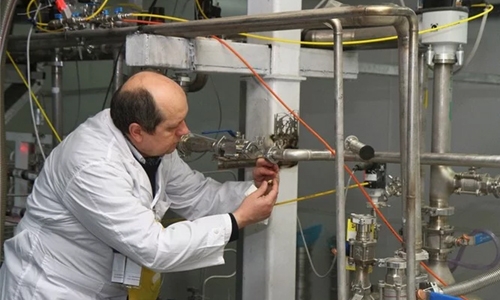 US Secretary of State Mike Pompeo said yesterday that Iran’s latest reduction in commitments to a nuclear deal — made in retaliation for US sanctions — was “unacceptable”. “They announced... that they’re going to continue to do more research and development on their nuclear weapon systems.

Those things are unacceptable,” Pompeo told Kansas City radio station KCMO. Iranian President Hassan Rouhani made the announcement Wednesday and the country’s atomic energy organisation is set to hold a press conference on Saturday, as Tehran shows its frustration with the 2015 deal.

Iran has been negotiating with European powers that hope to salvage the accord despite the reimposition of sanctions by the United States, which last year pulled out of the deal.