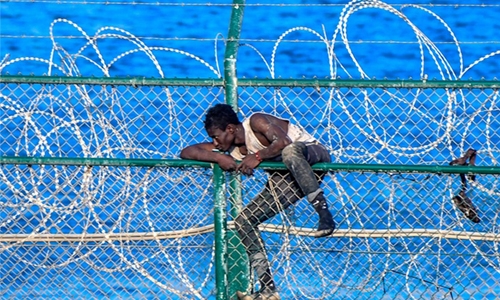 The number of migrants arriving by sea in Spain has plunged with Morocco stopping boat departures since signing lucrative agreements with Madrid and Brussels, experts say. So far this year 15,683 migrants have arrived by sea, 45 per cent down on the first eight months of 2018, according to Spanish interior ministry figures.

Spain became the main entry point for migrants seeking a better life in Europe in 2018 after Italy closed its ports and Greece began sending migrants back to Turkey under a 2016 agreement with the European Union (EU).

But that is no longer the case. The most used migrant sea route to Europe is once again from the eastern Mediterranean to Greece, the International Organisation for Migration (IOM) says.

Moroccan authorities are stopping boats from setting sail to Spain “whereas before they let them leave,” said Jose Encinas of the AUGC Guardia Civil police association in the southern region of Andalusia where most migrants land.