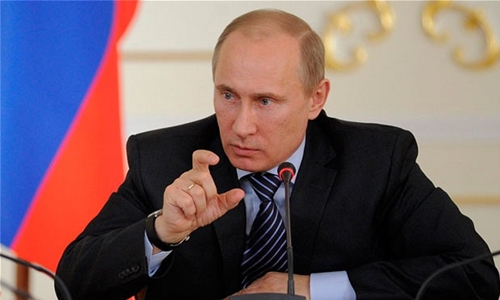 The US Department of Defense said Monday it had tested a type of ground-launched missile that was banned under the 1987 INF agreement, which limited the use of nuclear and conventional medium-range weapons. Moscow and Washington ripped up the pact early this month after several months of accusing one another of breaching its conditions.

Russia and China have both warned that Sunday’s launch of the nuclear-capable Tomahawk cruise missile with a MK41 launcher had heightened military tensions and risked sparking a new arms race.

Putin said at a government meeting that the test confirmed prior suspicions that the United States had planned to place banned weapons in Europe. He said Moscow was against placement of the launchers in Poland in Romania as part of a missile defence system, but the US denied they could be used offensively to launch Tomahawks.  “Now the fact of the violation is clear, and it’s useless to deny it,” Putin said.

“The question is, how do we know what will be placed in Romania and Poland?” Washington’s “true intentions”, he said, are to “deploy formerly banned weapons in various regions of the world”. But placing them in Europe as well as in Asia “touches upon our basic interests, since it is close to Russian borders”.

The INF agreement, signed by Ronald Reagan and the last Soviet Union leader Mikhail Gorbachev, limited the use of conventional and nuclear missiles with ranges of 500 to 5,500 kilometres (310 to 3,420 miles).