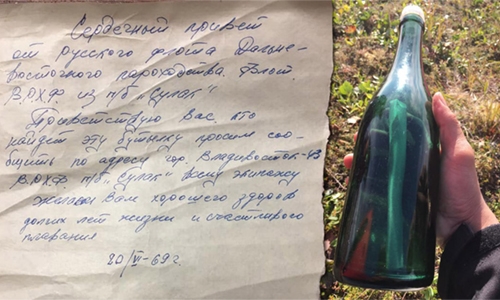 A man discovered a 50-year-old letter in a bottle from the Russian Navy on the shores of western Alaska. Tyler Ivanoff found the handwritten Russian letter early this month while gathering firewood near Shishmaref about 600 miles (966 kilometers) northwest of Anchorage, television station KTUU reported.