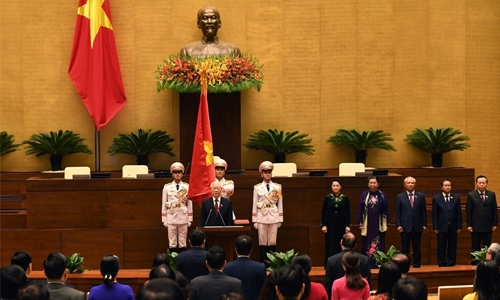 US man to face death penalty trial in Vietnam

A Vietnamese-American man charged with “attempting to overthrow the state” will go on trial in Ho Chi Minh City on June 24, his family said, and could face the death penalty if found guilty.

Michael Nguyen has been held for nearly a year in the one-party communist state, which has tightened its grip on power since a new administration came to office in 2016 and took a harder line on dissent of any kind. Nearly 130 prisoners of conscience are currently behind bars in the country, where independent media is banned and protests are illegal.

Nguyen was detained in July last year while travelling with two activists on a visit to Vietnam. The father of four young daughters could face the death sentence if convicted. His family said he has been denied access to lawyers during his detention and insisted he is innocent.