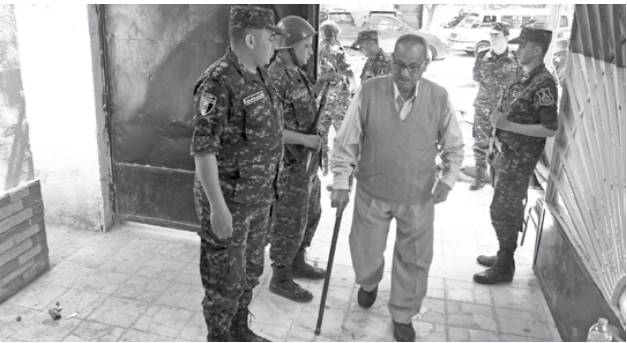 Egyptians voted for a second day yesterday in a referendum on proposed constitutional amendments aimed at cementing the rule of President Abdel Fattah al-Sisi.

Sisi is widely expected to win backing for changes making it possible for him to stay in power until 2030. Egyptian media outlets have carried images of packed voting stations. Some voters say their employers have encouraged them to vote, while others say they have received food coupons from unidentified people.

In their initial report on the first day of the nationwide electoral process, an international observer team said: “there were no hurdles to voting”. The three-day referendum bucks the trend of North Africa’s renewed uprisings, in which mass pro-democracy protests this month swept away veteran presidents in Algeria and Sudan.

Former defense minister Sisi took power in 2013 and was elected president in 2014 after leading the army’s overthrow of Islamist president Mohamed Morsi. He was re-elected for another four-year term in 2018 with more than 97 percent of the vote. The proposed constitutional changes would allow him to extend his current term by two years and to run for another six-year term.

Since Sisi took power, rights campaigners have regularly accused his government of abuses including mass trials and torture, as well as a clampdown on opposition and the press. Human Rights Watch has slammed the proposed changes, saying they would “entrench repression”.