Chelsea fight off Slavia | THE DAILY TRIBUNE | KINGDOM OF BAHRAIN 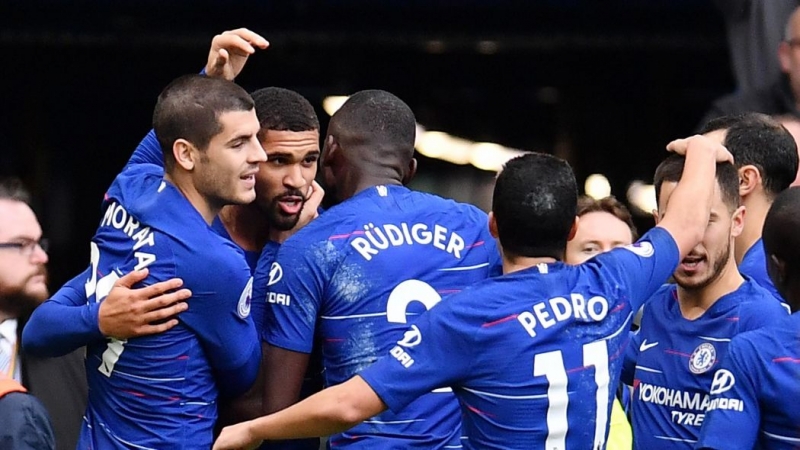 Chelsea was given a fright by Slavia Prague in a 4-3 home win on Thursday that saw them to a 5-3 aggregate victory and a place in the semi-finals of the Europa League.

Already 1-0 up from the first leg, Chelsea were cruising when they scored three more goals in the first 17 minutes at Stamford Bridge courtesy of Pedro, an own-goal by Simon Deli and Olivier Giroud and were 4-1 ahead on the night at half-time.

But having been facing a rout, the Czech visitors restored their pride with two early second-half goals from Petr Sevcik as they threatened a remarkable comeback. Chelsea, however, held on and the London club will face Eintracht Frankfurt for a place in the final after the German side beat Benfica 2-0 to go through on away goals after the tie ended level at 4-4 after two legs. Chelsea manager Maurizio Sarri made five changes from the team beaten 2-0 by Liverpool in the Premier League on Sunday and put Eden Hazard on the wing with Olivier Giroud the Blues’ central striker.

The Londoners doubled their aggregate lead just five minutes into the second leg of this quarter-final tie thanks to Pedro’s neat finish after a one-two with Giroud. Minutes later, Chelsea had another goal.

Coming soon to China: the car of the future

Djokovic knocked out as Nadal battles on in Monte Carlo