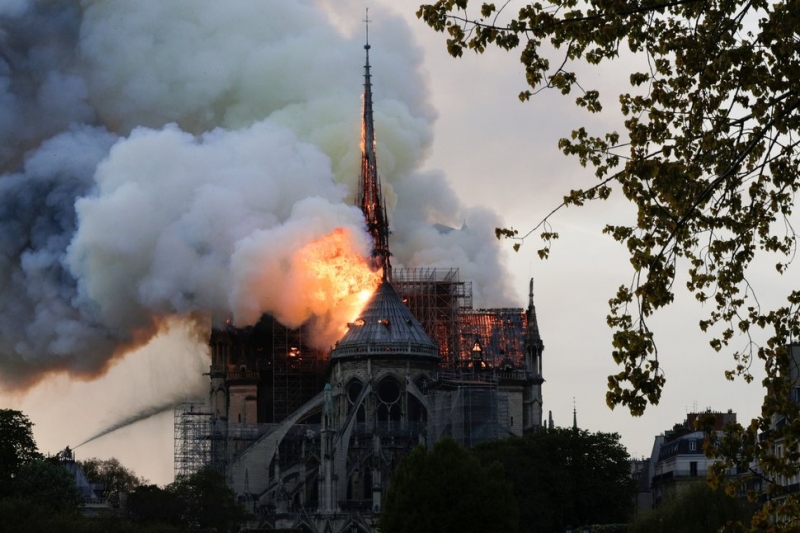 Pledges from French billionaires, businesses and the public sector to help rebuild Notre-Dame cathedral reached some 700 million euros (790 million dollars) yesterday amid an outpouring of public support for one of Europe’s most iconic monuments. President Emmanuel Macron has vowed the medieval monument will be restored after its spire and roof collapsed Monday night in a spectacular blaze thought to be linked to extensive renovation work.

French luxury group Kering, whose brands include Yves Saint Laurent and Gucci, kicked off the campaign late Monday with a promise of 100 million euros ($113 million). It was followed Tuesday by a 200-million-euro pledge from Kering’s rival luxury conglomerate LVMH and the family of its founder Bernard Arnault, France’s richest person.

Air France said it would offer free flights to experts brought in to help with Notre-Dame’s renovation, while glass giant Saint-Gobain promised its expertise in restoring the stained-glass windows which exploded in the fire.