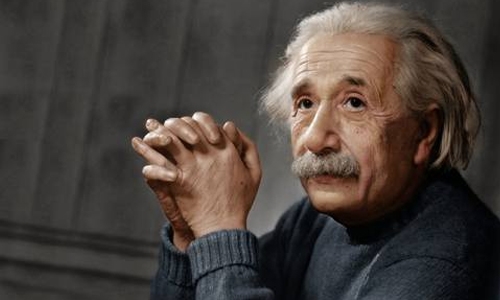 A handwritten letter by Albert Einstein in which the physicist doubts the existence of God was auctioned Tuesday for $2.89 million. It was a record for an Einstein letter and far surpassed its estimated value of $1.0-1.5 million, Christie’s said. A 1939 letter in which Einstein warned then president Franklin D. Roosevelt about Germany’s atom bomb preparations was auctioned for $2.1m in 2002.

In the letter sold on Tuesday, dated 1954 and written in German to philosopher Eric Gutkind, Einstein said he did not believe in God. “The word God is for me nothing but the expression and product of human weaknesses,” Einstein wrote. “The Bible, a collection of venerable but still rather primitive legends.” The letter was last sold in 2008 to a private collector for $404,000, Christie’s said.

In a first, baby born via uterus transplanted from dead donor