Religious Freedom: How Important is it? | THE DAILY TRIBUNE | KINGDOM OF BAHRAIN 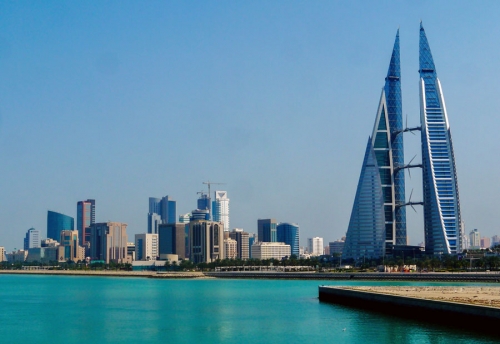 “ I congratulate Bahrain, a country hosting a diverse population with diverse faiths, for its efforts to promote inter-religious dialogue and tolerance” said Eamon Gilmore, the EU Special Representative for Human Rights, last week.

These words, of the former Deputy Prime Minister of Ireland, endorse Bahrain’s proactive stance in the Arabian Gulf region, on addressing matters related to religious faith, or of its differences thereof. He was speaking, online, at the conclusion of the EU-Bahrain conference – held under the patronage of His Majesty King Hamad bin Isa Al Khalifa - titled ““Broadening the Tent: Freedom of Religion and Belief”.

As I heard the EU Human Rights’ leader appreciating the fostering of exchanges between governments, decision-makers and civil society organisations, at this 3-day EU-Bahrain conference, I found many phrases from his speech worthy of extensive rumination.

For instance, “No one should be persecuted or privileged because of their religion or belief”, he said at this conference, organized by the King Hamad Global Centre for Peaceful Coexistence and “This is Bahrain” society.

While ‘persecution’ some people face for religious beliefs is generally talked about, the ‘privilege’ that some people enjoy because of their religion, in certain geo-political environments, is often ignored. In some countries, discrimination and injustice is often a result of how minorities are made to live in fear, or under threatening environments, by robbing them of a life of dignity.

This happens when majorities actively campaign against the minorities, from the majorities’ own privileged positions, or from their secure comfort zones. It was therefore nice to hear Dr. Shaikh Khalid bin Khalifa Al Khalifa, the head of the King Hamad Centre of Peaceful Coexistence, say that Bahrain is open to people of all ideals, beliefs and religions, including those of religions that are yet to be formed!

Such was the mood among the attendees. Betsy Mathieson, Deputy Chairperson of the Board of Trustees of the King Hamad Global Centre for Peaceful Coexistence, and the President of “This is Bahrain” society, had already mentioned this aspect of Bahrain, at the beginning of the conference, when she spoke about this nation’s beautiful diversity; and how various religious communities live together in harmony.

Another line of the EU Special Representative’s that I found powerful is this: “Freedom of religion or belief should never undermine other rights, nor be used as a justification for violence, bigotry or discrimination”.

In the media, we regularly see religion being used by politicians as a leveraging factor for getting elected, or for pulling down governments. It often leads to violence that is entirely preventable, if only religious communities see the value of mutual respect.

By also saying that “we condemn the criminalisation of apostasy and the abuse of blasphemy laws”, Eamon Gilmore stressed that governments must make appropriate legislations, to protect the persecuted. In some countries, blasphemy laws are frequently used to target minority groups, and in some, death sentences are issued when people become apostates.

And these topics, however uncomfortable they sound, require serious addressing. And this conference did just that; and more. Now that this EU-Bahrain conference is becoming an annual event, we can look at the future, with broader minds and with greater optimism. 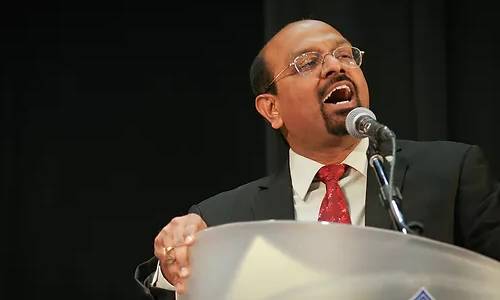