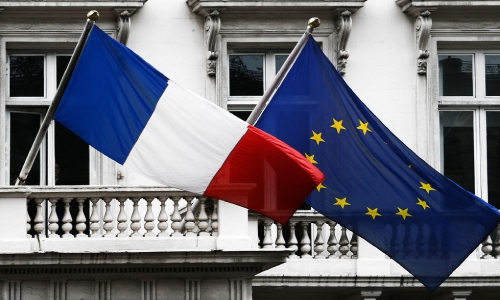 Since 1 January 2022 and for six months, France holds the Presidency of the Council of the European Union France only holds this presidency once every 13 years in a Europe of 27 Member States.

It goes with the responsibility to finalise projects and laws for Europe. We are living in special times. First of all, these are times marked by an ongoing public health crisis, which has greatly affected the whole world. They are also clearly marked by the drastically changing climate, the digital revolution, growing global inequalities, migration issues exacerbated by the manipulation of certain States, attempts to destabilise our democracies and an escalation of tensions even indirectly neighbouring regions of the European Union.

In the face of all these crises, Europeans made a long time ago the choice not to act individually. Individual nations are what give Europe strength and pride, but it is absolutely essential that there be European unity in addition.

The best response is a European one with countries “proud to act as Europeans”, as French President Emmanuel Macron put it last month. The health crisis spurred an extraordinary response from the EU Member States and the European institutions.

The European Union stood together, as it has rarely in the past. With regard to vaccines, it demonstrated remarkable solidarity, making it possible to protect European citizens and others further afield. The European Union is now the leading vaccine producer worldwide and also the leading exporter and donor of the international COVAX facility.

The French Prime Minister, Jean Castex, recalled this last month too. The French Presidency will include hundreds of events, conferences, artistic workshops, debates, films and collective activities organised all over the country.

An emblem has been chosen (see above) that portrays the initials of the European Union, with France’s colours, European stars and an arrow which consists in moving forward. A very simple object has also been chosen, a new 2-euro coin, as we are celebrating the anniversary of the creation of the euro which will be 20 years old in 2022 !

The programme for the French Presidency has three ambitions:

• A more sovereign Europe: by strengthening the Schengen area, protecting European borders, controlling migration and improving the asylum policy, in line with Europe’s values and its international commitments; by building a stronger Europe which is more capable of acting in the fields of security and defence; by taking action for the prosperity and stability of its neighbours, particularly through its engagement in the Western Balkans and its renewed relationship with Africa; and by bringing forth solutions to global challenges.

• A new European model for growth: to make Europe land of production, job creation, innovation and technological excellence; in which economic development is aligned with climate goals; that supports innovation and the growth of European digital players and sets its own rules for the digital world; and that offers high-quality, high skilled and better-paying jobs.

• A humane Europe: that listens to the concerns expressed by its citizens through the Conference on the Future of Europe; that defends the rule of law and upholds its values; that takes pride in its culture, trusts in science and knowledge, and is committed to fighting discrimination and securing a future for the next generation. Lastly, we must not forget the fruitful cooperation built between EU and many external partner countries.

I would like to recall here the co-operation agreement signed last year in Brussels (February 10, 2021) by the EU High Representative for Foreign Affairs and Security Policy, Josep Borrell, and H.E. Abdullatif bin Rashid Al Zayani, Minister of Foreign Affairs of the Kingdom of Bahrain. EU and Bahrain together! So at this beginning of the year 2022, the ambition is clear for Europe: to continue to be one of the major global powers of the 21st century, a source of inspiration, peace and prosperity. 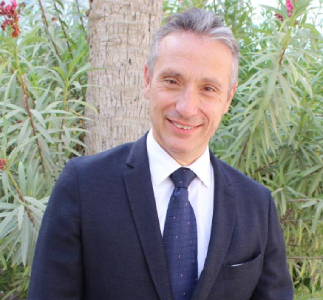 By Jerome Cauchard (French Ambassador to the Kingdom of Bahrain)