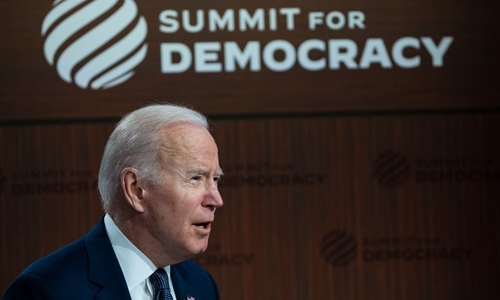 By ANWAER, CHINESE AMBASSADOR TO BAHRAIN

On 9th December, the United States of America held the so-called “democracy summit”.

Many countries, including China and Bahrain, have been deliberately excluded from the invitation list announced by the US State Department.

Starting from its interests, the United States delimits the scope of participation, and decides who is a “democratic country” and who is not a “democracy country.”

This monopoly on the right to define and judge democracy is itself a blasphemy and betrayal of the democratic spirit and democratic values.

It is a typical Cold War zero-sum mentality to engage in group politics and camp antagonism.

It not only goes against the trend of the times but is also not conducive to the global cooperation of countries in the world to deal with the challenges such as the raging epidemic, slowing economic growth, nuclear proliferation, terrorism, climate change, etc.

Whether a country is democratic or not, the people of this country have the most say.

For a long time, the United States, regardless of the huge differences in the level of economic development and history and culture of different countries and regions in the world, imposes its political system and values on others, promotes “democratic transformation”, and plans “colour revolutions”, interfere in the internal affairs of other countries, and even subvert the regimes of other countries, causing disastrous consequences.

The “colour revolutions” that occurred in Central and Eastern Europe in the early 21st century, the “Arab Spring” in 2010, from Ukraine to Afghanistan, from Iraq to Libya, the United States under the banner of “democracy” brought chaos and disasters to many countries, rather than peace, stability and development.

China always believes that all countries, including China and Arab countries, have different national conditions.

A democracy that can promote people’s happiness, economic development, and social stability, which applies to the country, is true democracy.

The western system model is not the only road.

China has always been a staunch promoter and defender of the democratization of international relations.

China has long adhered to the five principles of mutual respect for sovereignty and territorial integrity, mutual non-aggression, non-interference in each other’s internal affairs, equality and mutual benefit, and peaceful coexistence, and has unswervingly followed the path of peaceful development.

China does not “import” foreign models, nor does it “export” Chinese models, and will not require other countries to “copy” China’s practices.

What the international community needs are to promote unity rather than cause division, promote cooperation rather than create confrontation, and enhance the well-being of the people rather than bring turmoil and chaos.

Countries in the world should respect each other’s political development model and democratic development path, seek common ground while shelving differences, and exchange and learn from each other.

Democracy is not the prerogative of individual countries, but a way for people of all countries to seek a happier life and a better future.

If democracy is purely for the sake of democracy, and the reality of exercising hegemony under the banner of democracy, it is tantamount to covering one’s ears and stealing the bell, deceiving oneself and others, and will ultimately be unpopular.

Only by respecting each other, seeking common ground while reserving differences, developing together, and building a community with a shared future for mankind, can we finally achieve universal unity 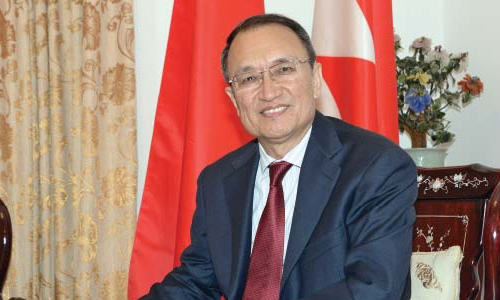 (The author is China’s ambassador to Bahrain. The views and opinions expressed in this article are those of the author and do not necessarily reflect the official policy or position of the Daily Tribune)