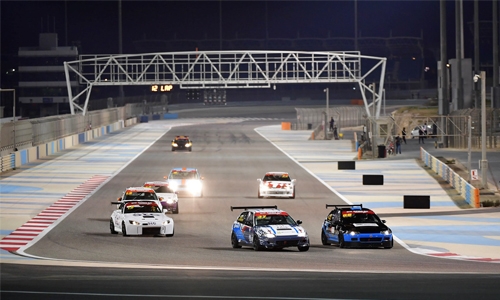 The BIC 2,000cc Challenge is back at Bahrain International Circuit (BIC) today with the second round of action in its 2021/2022 season. The championship features the very best of local talent going head-to-head in two-litre race cars that have been completely assembled in the Kingdom.

It is the longest-running circuit racing series in the Middle East, and it has become hugely popular with competitors since it first hit the tarmac at “The Home of Motorsport in the East” as part of the 2007/2008 season.

The BIC 2,000cc Challenge follows simple regulations but is still extremely fun to watch and is highly competitive. This weekend’s events will be held along BIC’s 2.550-kilometre Inner Track.

It will take place during the day, starting from 9 am and wrapping up at around 4.30 pm. A grid of around a dozen entrants is expected to line up to take part in the meeting. Set to lead the field are defending champion Raed Raffii, who competes in a Honda S2000 challenger, and Raed Himmo, who claimed a fantastic double in his Honda Civic during the first round, held in October.

Raffii was the runaway winner of last year’s crown, taking the chequered flag in eight of the 14 races while appearing on the podium six other times. He was on the podium once again both times in this season’s opening event, but as the runner-up with Himmo beating him to the podium’s top step in each race.

The 2021/2022 season of the BIC 2,000cc Challenge is set to feature seven rounds in all, to be held up until April of next year. For more information on the championship or other events and activities at BIC, visit bahraingp.com or call the BIC Hotline at +973-17-450000.

All eyes on next week’s Riyadh summit