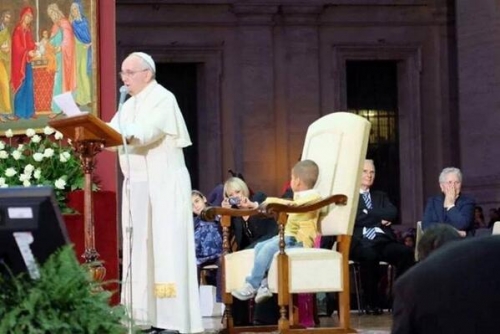 I always wonder how to judge the common sense of a person or of a decision-maker with my little common sense! Starting from Aristotle, so many brilliant social scientists tried to define common sense as sound, practical judgment concerning everyday matters, or a basic ability to perceive, understand and judge that has been shared by (“common to”) nearly all people.

In simple words, you can call it as good sense or it can be described as folk wisdom. I once even dared to ask a teacher, who questioned my common sense, to explain the phenomenon. And the reply was an eventful episode from the life of Mahatma Gandhi, the Father of the Indian freedom struggle.

Once, Gandhi, while boarding a train in South Africa along with his wife Kasturba, lost one of his shoes in his rush to get into the compartment. When he realised that he wouldn’t be able to retrieve his shoe, he immediately took off the other one and threw it towards the track. Kasturba, who never had any high regard to her husband’s common sense (courtesy historians), began ridiculing her husband, as ever.

Gandhi instantly served the clarification: “It would be better if someone gets a pair than just one shoe. At least he can use what I have lost.” I think this quick action easily constitutes an unparalleled definition for common sense. Once, when Pope Francis was addressing a crowd of nearly 150,000 people, a young boy joined him on stage. Later, the boy embraced the Pope and found his seat on the coveted chair.

Instead of expressing his anger, the Pope responded by patting the tiny tot on the head and carried on with his speech. Undoubtedly, the millions who witnessed the scene through television channels might have saluted the common sense of the first shepherd.

I can still recollect the smile of George Bush when an Iraqi Journalist threw shoes at him. He managed to brush aside the situation with a simple smile. In fact, the entire world felt his “smile” as “common sense”. Recently, in India, a nephew of one of the members of the legislative assembly in Bangalore posted derogative content in social media, hurting the religious sentiments of a particular community.

This ended up in a clash where three persons died and injured many others. This person was later arrested by the police and sent to public prosecution. Unfortunately, later on, another party leader (also with no common sense) announced a 51 lakh reward on the head of the nephew of the MLA, which intensified the issue in the society.

After realising the trouble, he tried to flee to Nepal, but the police managed to snag him. When you sit on a decision-maker’s seat, especially in a daily newspaper, it is important to use the wisdom and common sense not to publish or post any content which can incite religious sentiments or possibly incite dislike or hatred among communities.

Yesterday, when one of our online team members asked permission to post the video of a local woman damaging a shop in Juffair and defaming a sect and its idols, my first response was a big “NO” and “WAIT”. Most of the time, those who work on online platforms think only about the reach.

Online media is a very sensitive place where one can easily damage the reputation of an individual or country by posting an unwanted inciting video or post. Bahrain’s name is known globally for its religious harmony and tolerance. As expected, Bahrain’s legal system worked swiftly and arrested the woman within hours.

The Diplomatic Advisor to His Majesty the King, the former Foreign Minister, condemned the incident. I still remember the day we had a power cut for a few hours; the next day, the highest authorities had apologised for the inconvenience caused to the citizens.

This makes Bahrain a perfect model for other countries to follow. I think only a simpleton may allow publishing such videos and the one with no common sense may allow random people to post inciting comments. Am I making sense? Or is my common sense at stake?

Terrorism fight to be bolstered