Terrorism fight to be bolstered | THE DAILY TRIBUNE | KINGDOM OF BAHRAIN 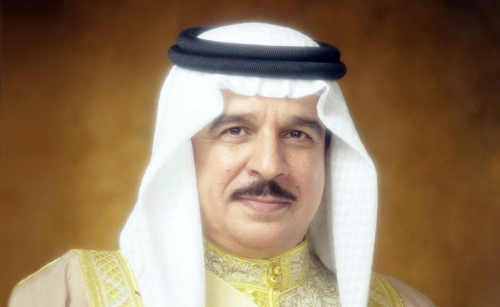 Terrorism fight to be bolstered

A national committee to combat extremism, terrorism and its financing, and money laundering is to be established. This follows Royal Decree 50/2020, issued yesterday by His Majesty King Hamad bin Isa Al Khalifa, on establishing and forming the committee.

The Interior Ministry’s Joint Counter-Terrorism Centre shall undertake the duties of the committee’s secretariat-general and all its administrative work. The panel’s jurisdictions include studying all issues related to combatting extremism, fighting terrorism and its funding, as well as countering money laundering.

The committee shall suggest policies and coordinate the general national efforts related to countering extremism, fighting terrorism and combatting money laundering, as well as revising and updating these policies periodically.

It shall also propose the designation of individuals and entities on the national terror list, assess the dangers of extremist ideology, terrorism and money laundering, and propose the necessary legislation and systems to combat them, in coordination with the relevant authorities in the Kingdom.

The mandate of the counter-terrorism committee also encompasses submitting periodic reports to the Cabinet, including the results of its work, as well as its recommendations on the appropriate measures to be taken regarding them. The committee shall convene upon the request of its chairman, and its meetings shall be valid only in the presence of a majority of its members, including necessarily the chairman.

The panel shall issue its resolutions and recommendations by the majority vote of the attending members, and in the case of a draw, the chairman’s side shall prevail. In order to perform its duties, the committee may seek the assistance of whom it deems appropriate from those with expertise and competence, and invite them to attend its meetings to discuss and listen to their views or to provide it with the information it deems necessary to carry out its terms of reference, without any of them having the right to vote on its resolutions or recommendations.

The relevant ministries and entities in the Kingdom must provide the committee with the data, information, and studies it requests to conduct its work. HRH the Prime Minister and ministers–each in their capacity—shall implement the provisions of this Royal Decree, which takes immediate effect and will be published in the Official Gazette.