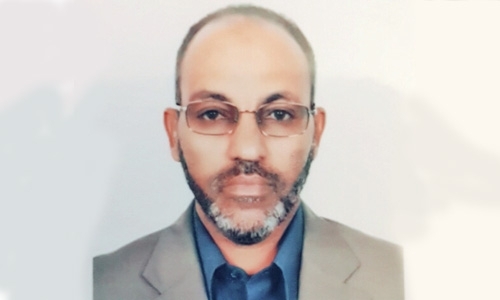 This month, December, is a festive month in Bahrain. It has celebrated its 48th National Day and His Majesty’s Accession to the throne followed by the Commemoration Day (martyrs day). The first ever win of the Gulf Cup by the Bahrain National soccer team has brought an additional flavour to the celebrations.

Bahrain has every reason to celebrate. The remarkable economic progress it is showing, the strong social cohesion it is demonstrating and the exemplary tolerance and coexistence it is displaying, all add to spice up the celebration.

Among all these festive times, however, what comes to mind is the sacrifice of those brave people who are no more among us, paid their precious lives for the sake of us and the motherland without which we could not be able to survive, let alone celebrate, our National Day. They are the martyrs that have shown epic patriotism by paying their dear lives for the cause of the country. The Commemoration Day is celebrated to remember and respect them and appreciate their contributions to the nation.

Bahrain as a peace loving country has fought terrorism in all its forms and participated in the US-led coalition against the so-called Islamic State terrorist organisation in the Levant. It is also actively involved in the Saudi-led coalition, tasked with restoring the legitimate government in Yemen, and fighting against the Iran backed Houthi rebels that are wreaking havoc in the country.

During these military engagements, lives of our brave soldiers have lost. Therefore, our heroes paid their lives not only for the sake of Bahrain’s sovereignty and territorial integrity but also for regional peace and global stability.

Another good news for Bahrain in this month was the news of the successful medical check-up done by His Royal Highness Prime Minister Prince Khalifa bin Salman Al Khalifa both inside and outside the country.

The Premier has been and continues to be at the heart of the people for various reasons. His kindness and sympathy with the sick and the poor and fast response to people’s complaints kept him close to people’s heart.

His life- long commitment to Bahrain gave its modernity that enables it to keep up with the latest development the world is observing ranging from digital banking systems to top-notch telecommunication services to advanced infrastructure developments to cutting-edge tourism services.

The wise leadership of the Premier and the combined measures taken by the respective ministries helped Bahrain to advance in an all-rounded developmental endeavor. As a result, Bahrain is able to score high in a plethora of parametres in economy and human development.