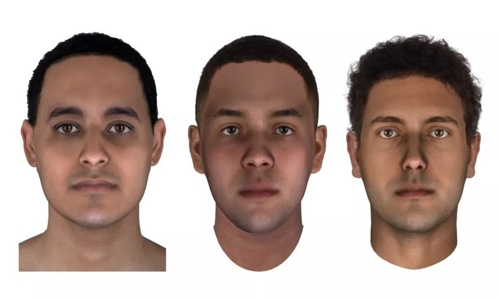 Researchers in the US have used DNA data from mummified remains to create 3D reconstructions of the faces of three men who lived in ancient Egypt more than 2,000 years ago. The mummies came from Abusir el-Meleq, an ancient Egyptian city to the south of Cairo, and they were buried between 1380 B.C. and A.D. 425, LiveScience reported.

In 2017, researchers at the Max Planck Institute for the Science of Human History in Tubingen, Germany have successfully sequenced the DNA from Egyptian mummies for the first time. Taking on the technology, researchers at Parabon NanoLabs, a DNA technology company in Reston, Virginia, have used that genetic data to create 3D models of the mummies’ faces.

The experts created the faces through a process called forensic DNA phenotyping which uses genetic analysis to recreate the shape of facial features and other aspects of a person’s physical appearance.

“This is the first time comprehensive DNA phenotyping has been performed on human DNA of this age,” Parabon representatives said in a statement.

The findings reveal that these ancient people were more genetically like populations living in the eastern Mediterranean — a region that today includes Syria, Lebanon, Israel, Jordan and Iraq — than people living in modern-day Egypt.

The researchers then generated 3D meshes outlining the mummies’ facial features and calculated heat maps to highlight the differences between the three individuals and refine the details of each face.

Al Qaeda could ‘attack’ US in a year, top US general tells Senate

HRH Prince Salman a source of pride for Bahrain