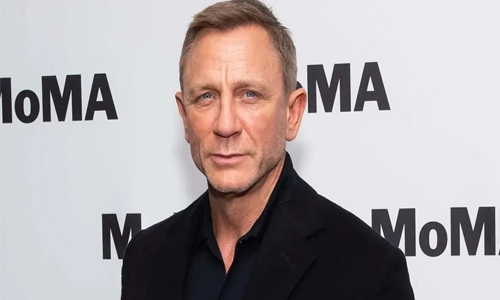 Daniel Craig who is all set for the release of his final James Bond film with No Time To Die, in his recent interview weighed in on the idea of introducing a female Bond. The actor who has essayed the role of the 007 agents five times including his upcoming film stated that better characters need to be written for women. The 53-year-old actor maintained that he wants to see women get their iconic roles instead of being cast in revivals.

The actor in his interview with Radio Times explained why he isn't convinced with the idea of having a female Bond character and said, "There should simply be better parts for women and actors of lour. Why should a woman play James Bond when there should be a part just as good as James Bond, but for a woman?"

While No Time To Die will have Craig appear in his last performance as Bond, it has not yet been confirmed who will be taking on the James Bond role after him. Reports have suggested several names including Bridgerton star Rege-Jean Page, Tom Hardy among others.

Daniel's recent comments about having a female bond echo with the views of Bond films producer Barbara Broccoli who also maintained that merely gender-reversing roles are not enough and that new characters need to be created for female actors.

Craig's final outing, No Time to Die will have Ralph Fiennes, Lea Seydoux, Ben Whishaw reprise their roles. As for the new addition, Rami Malek will be seen in the role of the deadly antagonist Safin in the film. No Time to Die is slated for a Septemberer 30, 2021 release in theatres.