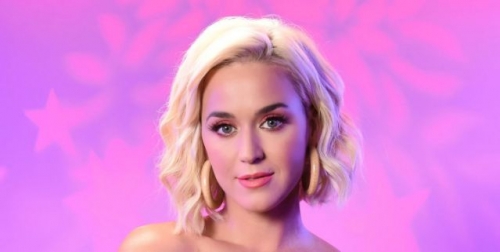 Katy Perry is back on the American Idol judging panel to film a new series, six weeks after she gave birth to her daughter Daisy Dove. Singer Katy welcomed her first child with her fiance, actor Orlando Bloom, at the end of August and PEOPLE has revealed that she has now returned to filming on the reality show.

The publication shared an exclusive photo of Katy, her fellow judges Lionel Richie, Luke Bryan and host Ryan Seacrest posing by the new socially distanced judging tables on set. Katy had hinted at her imminent return to work in late September as she shared a string of tweets in which she spoke about how being a mum is a full-time job and how when a new mum returns to their profession, they are not “coming from months of ‘time off’”. “I love my job,” she added. Production began this week on the fourth season of ABC’s version of American Idol, with the show previously airing on Fox, and a number of changes have been made to keep the cast and crew safe in the face of the Covid-19 pandemic.

As well as the separated tables cast, crew and contestants will be tested regularly and the production will remain in California rather than travelling across the US, with the contestants having to travel to audition. A f t e r baby Daisy’s arrival in August K a t y a n d Orlando released a statement saying that they were “floating with love and wonder from the safe and healthy arrival of our daughter”.

Register for virtual school from October 14