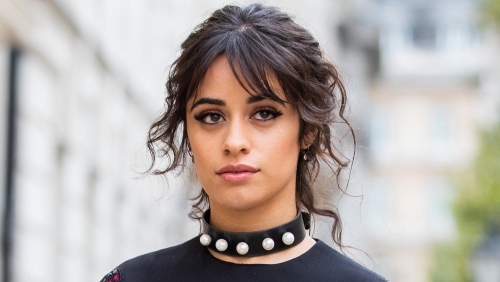 The 46-year-old filmmaker wrote that she was ‘reveling the time’ she had left shooting the Sony Picture with the talented twosome, noting there are ‘no villains’ in her adaptation co-written by James Corden. The Cuban-born, Miami-raised 23-year-old makes her big-screen acting debut as Cinderella, and she gushed on August 18 that she ‘loves this movie’ and is ‘so proud to be a part of it.’

‘I’m super involved. I’m writing songs for it, and it’s a really collaborative effort to putting the movie together,’ Camila told ET Canada last December. ‘Kay Cannon is the director. She’s absolutely incredible and so talented and I think the whole team is such a joy.’ Cabello’s onscreen leading man Nicholas Galitzine - who plays Prince Robert - wrote on September 18 that he’s ‘brimming with excitement for you all to see what we’ve made.’