Casting remarks were ‘widely taken out of context’: Scarlett Johansson | THE DAILY TRIBUNE | KINGDOM OF BAHRAIN 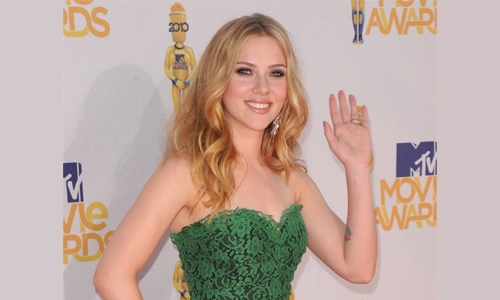 Scarlett Johansson has clarified her recent comments about politically correctness and casting in Hollywood as controversy threatened to brew, claiming her remarks were “edited for click bait” and “widely taken out of context”. “An interview that was recently published has been edited for click bait and is widely taken out of context,” the actor said in a statement to Entertainment Weekly, referring to a recent article from the arts and culture publication As If.

In the said interview, she seemed to have reflected upon her casting as a transgender man in “Rub and Tug”, a film she left after backlash, saying an actor should be free to explore a wide range of characters and art should not be bound by restrictions. “The question I was answering in my conversation with the contemporary artist, David Salle, was about the confrontation between political correctness and art.

“I personally feel that, in an ideal world, any actor should be able to play anybody and art, in all forms, should be immune to political correctness. That is the point I was making, albeit didn’t come across that way,” Johansson clarified in the statement. Last July, Johansson dropped out of Rupert Sanders’ “Rub and Tug”, in which she was attached to portray real life figure Dante Tex Gill, gangster and massage parlour owner, following outrage from the LGBT community.