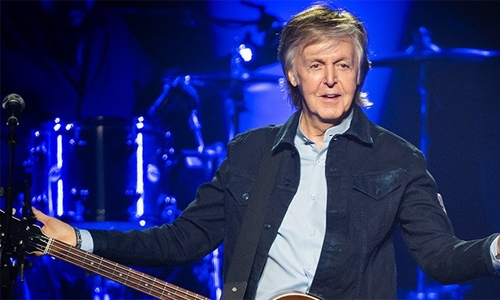 Beatles bandmates Paul McCartney and Ringo Starr reunited onstage at Dodger Stadium on Saturday in Los Angeles. Starr joined McCartney for a few songs near the end of his concert.

He played drums for two songs, ‘Sgt. Pepper’s Lonely Hearts Club Band’ (Reprise), and ‘Helter Skelter’. There was a big grin on Starr’s face throughout the performance.

He then threw his sticks into the audience and grabbed at McCartney’s bass as if he were going to throw that into the crowd.