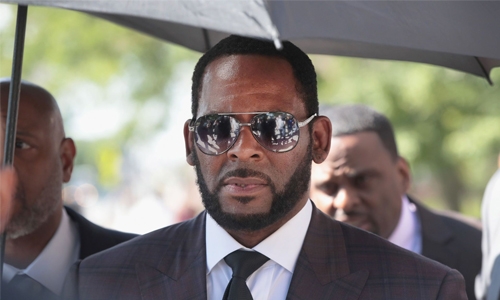 Singer R. Kelly, already facing sexual abuse charges brought by Illinois prosecutors, has been arrested in Chicago on a federal grand jury indictment listing 13 counts including sex crimes and obstruction of justice. U.S. Attorney’s office spokesman Joseph Fitzpatrick said the R&B singer was taken into custody about 7 p.m. local time on Thursday and was being held by federal authorities.

The arrest was the second time this year that Kelly has been taken into custody in Chicago on sex charges. The 52-year-old Grammy winner, whose real name is Robert Kelly, was arrested in February on 10 counts in Illinois involving four women, three of whom were minors when the alleged abuse occurred. He pleaded not guilty to those charges and was released on bail.

Haven’t been on a date for 35 years, reveals Diane Keaton