Hiring me is always a risk: Awkwafina | THE DAILY TRIBUNE | KINGDOM OF BAHRAIN 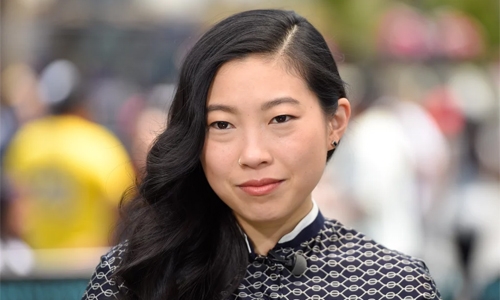 Hiring me is always a risk: Awkwafina

“The Farewell” is Awkwafina’s first major role but the rapper-actor believes hiring her is still a big gamble for Hollywood studios despite the massive success of “Crazy Rich Asians”. Directed by Lulu Wang, “The Farewell” premiered at Sundance this past January to critical acclaim.

In the film, Awkwafina plays Billi whose family returns to China on the pretext of a wedding to say goodbye to their matriarch, who has just few weeks to live but does not know about her fate. “I think that if I am cast in a production, already that means that production is kind of forward-thinking.

Hiring me is always a risk, a little bit,” Awkwafina told IndieWire The rapper, who does not follow the notions of what a big Hollywood star should look like, is a first generation American from Queens and hopes to use her popularity to help other non-white talent.

She has slowly build a memorable career, including a supporting role in “Crazy Rich Asians”, which made nearly USD 175 million domestically on a USD 30 million budget.

Olivia Culpo opens up about struggle with depression