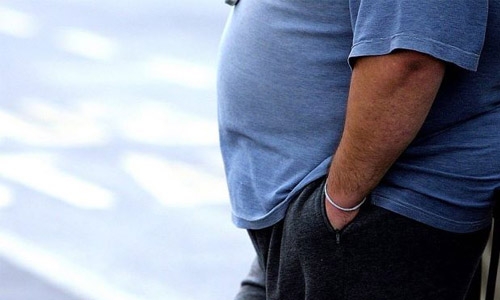 Obesity could overtake smoking as the chief avoidable cause of cancer-related deaths, the world’s largest independent funder of cancer research said.

With smoking rates in decline and obesity on the rise, it could surpass smoking as the biggest killer, chief executive of Cancer Research UK said as it published new research.

“Obesity is potentially the new smoking, if we’re not careful,” said Harpal Kumar.

“My sense would be it’ll be some time in next couple of decades that we’ll see those two switch around.”

Following a major new study of 2015 cancer data, the charity found that 37.7 per cent of all cancers diagnosed in Britain each year could be prevented through lifestyle changes.

Next came overexposure to ultraviolet radiation from the sun and sunbeds and occupational exposure at 3.8pc each, infections (3.6pc), alcohol (3.3pc) and eating too little fibre (3.3pc).

The research published in the British Journal of Cancer shows that obesity causes 13 different types of cancer, including bowel, breast, womb and kidney.

His Majesty the King congratulated