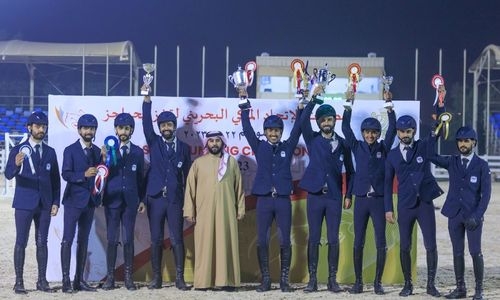 Mahmood Abdulqader won the grand prize in the first round of Bahrain’s 2023 showjumping season, held at the Military Federation Arena in Riffa.

The primary event of the meeting featured fierce competition, with Abdulqader clocking 35.40 seconds to emerge as the victor comfortably.

Mayoof Al Rumaihi of the Ministry of Interior, who battled it out with Abdulqader for first place, finished second after finishing one second behind. Hamad Fakhrawi came third. 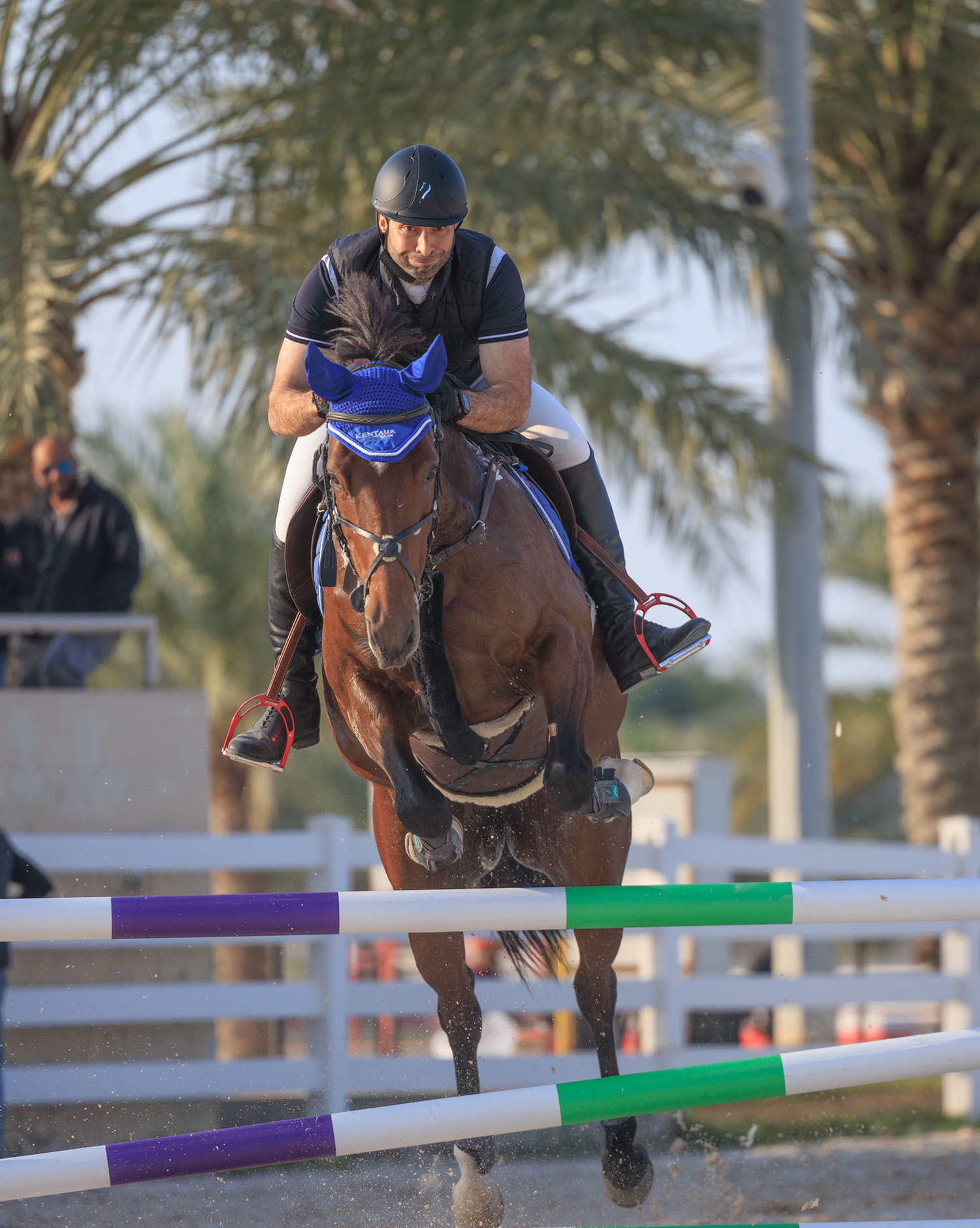 Commenting on this, Shaikh Abdullah praised the strong displays showcased by the participants in the main contest, valuing the support of HH Shaikh Isa bin Abdullah Al Khalifa, President of BREEF, to showjumping.

The first round consisted of various other competitions. Fadel Al Haddad won the third contest which was for first-level amateurs.

The event included 100cm/105cm hurdles and Al Haddad posted a time of 36.15s to win the event flawlessly.

Mayoof Al Rumaihi was second again after completing his round in 38.53s, while third place went to Hassan Al Boosta who crossed the finish in 39.98s.

Al Rumaihi also jumped to victory in the fourth competition after clocking 51.20s, while veteran showjumper Sami Ghazwan was the winner of the fifth event, posting a time of 43.58s.