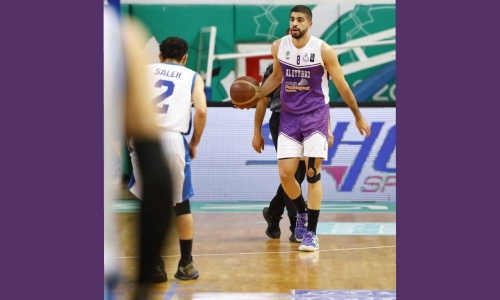 Ettihad led 29-20 at the end of the first quarter, which they extended to a commanding 54- 34 advantage at the half.

They cruised from there, enjoying leads as big as 31 points the rest of the way. American big man Adrian Uter led five Ettihad players in double figures with a near-triple double of 30 points, 21 rebounds and nine assists.

Sayed Mohammed Hameed chipped in with 21, while Fadhel Abdulelah had 16, Mohammed Ghazwan 12 and Ali Jassim 11. Oumar Barry paced Isa Town in the loss with 30 points and 17 boards.

Ali Hameed Alnajjar chipped in with 13. With the result, Ettihad improved to an 11-5 win-loss record for third on the league table, while Isa Town stayed in last place following their 15th defeat to go with just a single victory.

League action continues on Tuesday next week, when Samaheej play Sitra and Al Ahli take on Bahrain Club. That will be followed on Wednesday by Muharraq playing Najma, and then next Friday, defending champions Manama lock horns with Hala.