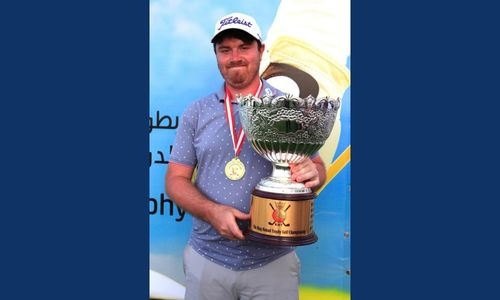 Tom Sloman was yesterday crowned champion of the 14th King Hamad Trophy golf championship, which came to a close at The Royal Golf Club.

The British professional golfer captured the coveted crown after playing the final day’s best of eight-under-par 64 to end the 54-hole competition with a 13-under 203 total.

Sloman carded eight birdies yesterday, including five on a superb front nine that saw him score 31 before finishing with a 33 heading back to the clubhouse. 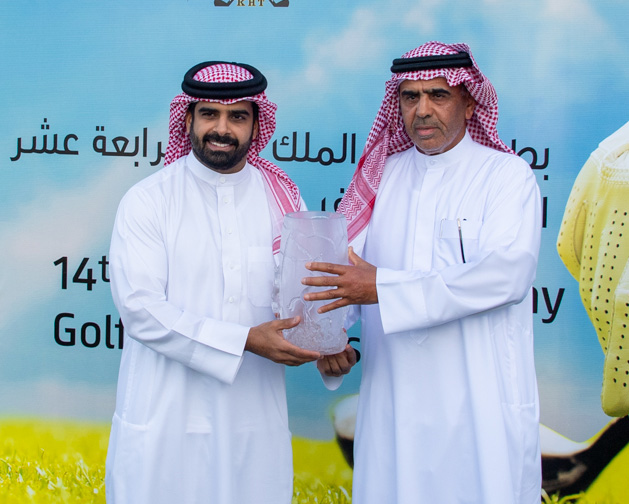 Briton Joshua White and Irish amateur Hugh Foley finished tied-second with 10-under-par 206 totals. White, who headed into yesterday’s final round as the solo leader, struggled over the last 18 holes with a one-over-par 73.

His two other scores the first two days were 69 and 64. Foley played a two-under 70 total yesterday, carding six birdies but also a couple of bogeys.

That added to his 69 and 67 totals from the opening two rounds.

Britons Max Smith and Harry Goddard were tied-fourth on the final classification with nine-under-par 207 totals, while Gabbe Axell from Sweden came sixth with an eight-under 208.

Three players were tied-ninth (five-under, 211), including Calle Strandberg from Sweden, ChingHung Su from Chinese-Taipei and Mehdi El Fakori from Morocco, while Ashita Piamkulvavnich from Thailand and last year’s winner Marjan from Morocco were tied 12th (four-under, 212).

A total of 46 players made the cut for yesterday’s final round, but only 43 took to the fairways as three withdrew.

Ninety golfers representing 20 countries from around the world competed in this year’s tournament, which was organised once again by the BGA.

The main sponsor was Batelco.