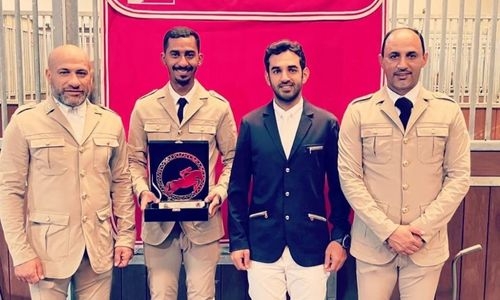 On this occasion, Salman expressed utmost thanks and appreciation to HH Shaikh Isa bin Abdullah Al Khalifa, President of Bahrain Royal Equestrian and Endurance Federation (BREEF) for his support to all Bahraini athletes in international events, pointing out that his backing and interest has played a key role in enabling them to demonstrate their best performances and reflect the development witnessed by the show jumping sport in Bahrain.

He further explained that the event is considered among the strongest championships in the region thanks to hosting many skilful athletes.

He pointed out that achieving second place in the championship will further motivate him to continue giving his best in the coming events.