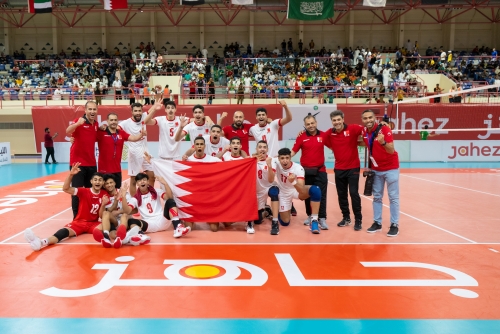 Bahrain powered past Lebanon in four sets last night to barge into the gold medal game of the first West Asian Men’s U20 Volleyball Championship, being held in Qatif, Saudi Arabia.

Bahrain will next face the winner of the other final four clash between hosts Saudi and Iraq. Today is a rest day in the tournament. The gold and bronze medal matches, along with last classification contests, are scheduled to take place tomorrow.

The junior Bahrainis are coached by Tunisian tactician Saber Abdulwahed. The nationals narrowly gave up the first set but bounced back in the second to tie the match at 1-1. They then rode their momentum into the next two sets to secure the all-important win.

Bahrain are using this West Asian tournament to prepare for the 21st Asian Men’s U20 Volleyball Championship, which will be held in the Kingdom next month. Bahrain are in Pool A for the 18-nation continental showcase alongside Hong Kong and Saudi Arabia.

This year’s Asian under-20 event will be the third time Bahrain is hosting. The Kingdom previously also staged the tournament in 2014 and 2018. In the last edition in 2018, the Bahrainis almost made it to the quarter-finals, but suffered a heartbreaking five-set loss to Australia in the Round of 16.