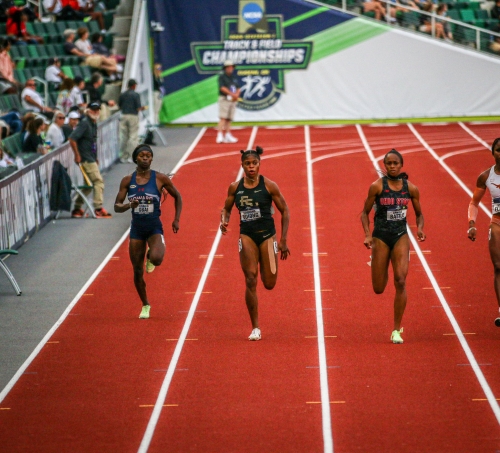 Bahrain’s world-class athlete and former under-20 World champion Edidiong Odiong set a new national record en route to claiming an impressive finish in the NCAA Division I Outdoor Championships held in Eugene, Oregon in the US.

Competing for Florida State University, the star Bahraini sprinter raced to an ultra-quick 22.43 seconds finish in the women’s 200m semi-finals of the meet. That mark shattered the old Bahraini record of 22.51s, which was set by compatriot Salwa Eid Naser in 2019.

It was also Edidiong’s best for the season. Edidiong’s mark also met the qualification standard in the distance for the upcoming world championships. Her impressive run qualified her for the 200m final at the NCAA event, where she finished a solid seventh in 22.70s.

Setting a new national record gave Edidiong an impressive finish to her NCAA season. She was also named a First Team track All-American for the women’s 200m, as well as a Second-Team All-American for the 100m. The Bahrain Athletics Association congratulated Edidiong for setting the new Bahraini record.