Bahrain fall to Australia, bow out of Asian U16 basketball | THE DAILY TRIBUNE | KINGDOM OF BAHRAIN 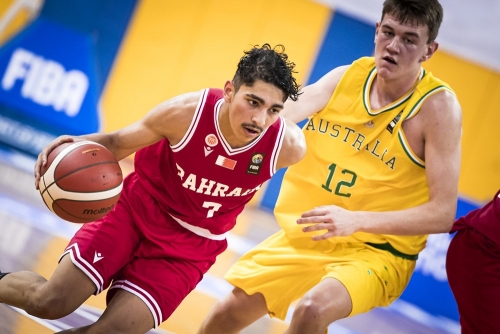 Bahrain fall to Australia, bow out of Asian U16 basketball

Bahrain were yesterday eliminated from further contention in the FIBA U16 Asian Championship 2022 in Doha following a 41-88 loss to Australia. The nationals faced an early deficit and never challenged their heavily favoured opponents.

They went behind by as many as their final losing margin of 47 points. The result marked the Bahrainis’ third defeat in as many outings in Group A of the competition’s preliminary round. Hasan Nayem scored 10 points to lead Bahrain while Hasan Ghareeb added nine and Mohamed Ramadhan had seven.

Kye Savage paced the Aussies with a game-high 16. Carlin Briggs added 14, while Roman Siulepa and James O’Donnell scored 11 apiece. Bahrain was the only team to end their tournament campaign yesterday, with all the other participating nations either qualifying directly to the quarter-finals or the playoff round.