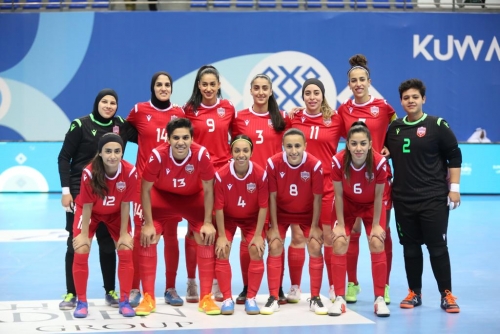 The Bahrainis are fresh from winning the gold medal at the women’s futsal competition at the third GCC Games in Kuwait, which took place in May. They have been training daily under the supervision of Gomes, who is from Brazil, and their coaching staff.

Heading into the tournament, the Bahrainis will be aiming for gold to add to their silver medals won in 2019. Team captain Yasmeen Tobellah commented: “Our focus is on doing well in the WAFF competition, hopefully we can continue on our success and continue achieving. “We all look forward to tournaments and competitions where we can compete and put our hard work to use.”

The Bahraini women have been drawn in a tough Group B along with Palestine, Iraq and the UAE for the competition’s preliminary round. Group A comprises Oman, Kuwait and Saudi Arabia. Bahrain’s first game will be on opening day tomorrow against Iraq, scheduled for a 4pm kick-off, Bahrain time.

They then lock horns with Palestine on Saturday at 8.30pm, before playing their final group fixture against the UAE on Monday next week at 4pm. The top two teams from each group advance to the final four, which is scheduled for June 22. The bronze and gold medal games are then scheduled to take place on the competition’s last day on June 24.

Bahrain fall to Australia, bow out of Asian U16 basketball

Trump to testify in civil investigation after court nixes appeal