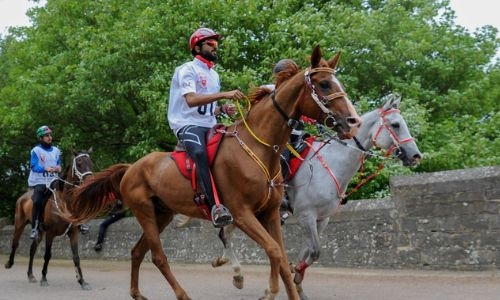 His Highness Shaikh Nasser bin Hamad Al Khalifa, Representative of His Majesty the King for Humanitarian Works and Youth Affairs, affirmed that the Windsor Equestrian Championship is one of the most prominent equestrian events in the world witnessing wide participation and strong competition, which confirms the advanced levels of equestrian sports in Britain and the world.

His Highness explained that the resumption of the Royal Team’s participation in the Windsor Championship will have a significant impact on the team’s journey in the next stage, following a two-year gap due to the global outbreak of the Covid-19 pandemic.

On the occasion of the return of the Windsor International Equestrian Championship, which will be held from May 11 to May 15 in the outskirts of London, HH Shaikh Nasser indicated that the Championship has always been organised in a perfect and wonderful manner, especially as it witnesses the follow-up of His Majesty King Hamad bin Isa Al Khalifa, the King of the Kingdom of Bahrain, adding a special elegance to the event and providing Bahraini riders with an incentive to continue achieving positive results in foreign participations, in order to consolidate the advanced status of Bahrain’s endurance sports in international forums, and the coronation ceremonies held under the patronage of Her Majesty the Queen of Britain.

Additionally, His Highness stressed that the participation in the Windsor Equestrian Championship comes in line with the historical relations bonding the Kingdom of Bahrain with Britain, in light of the vision of His Majesty the King, who is the biggest supporter of the Bahraini riders participating in this event.

HH Shaikh Nasser underlined the significance of sparing no efforts to show the Bahraini participation in a distinct manner that demonstrates the civilised face of Bahrain and its people, and reflects the historical and distinguished relations with the friendly Kingdom of Britain, indicating that all the measures taken confirm that the Bahraini participation is moving at a steady pace towards success and realising the desired goals.

His Highness stated that the Bahraini team’s participation will highlight the civilised face of the Kingdom of Bahrain and the development achieved under the rule of His Majesty the King, and the follow-up of His Royal Highness Prince Salman bin Hamad Al Khalifa, Crown Prince and Prime Minister, in addition to stressing the great accomplishments made by the Kingdom in the equestrian sport in all its fields.

HH Shaikh Nasser said: “We will participate in this year’s championship with determination and enthusiasm in order to confirm our presence and the development this sport has witnessed in Bahrain, as we have become leaders in most European championships after we were able to achieve several accomplishments during the recent period. 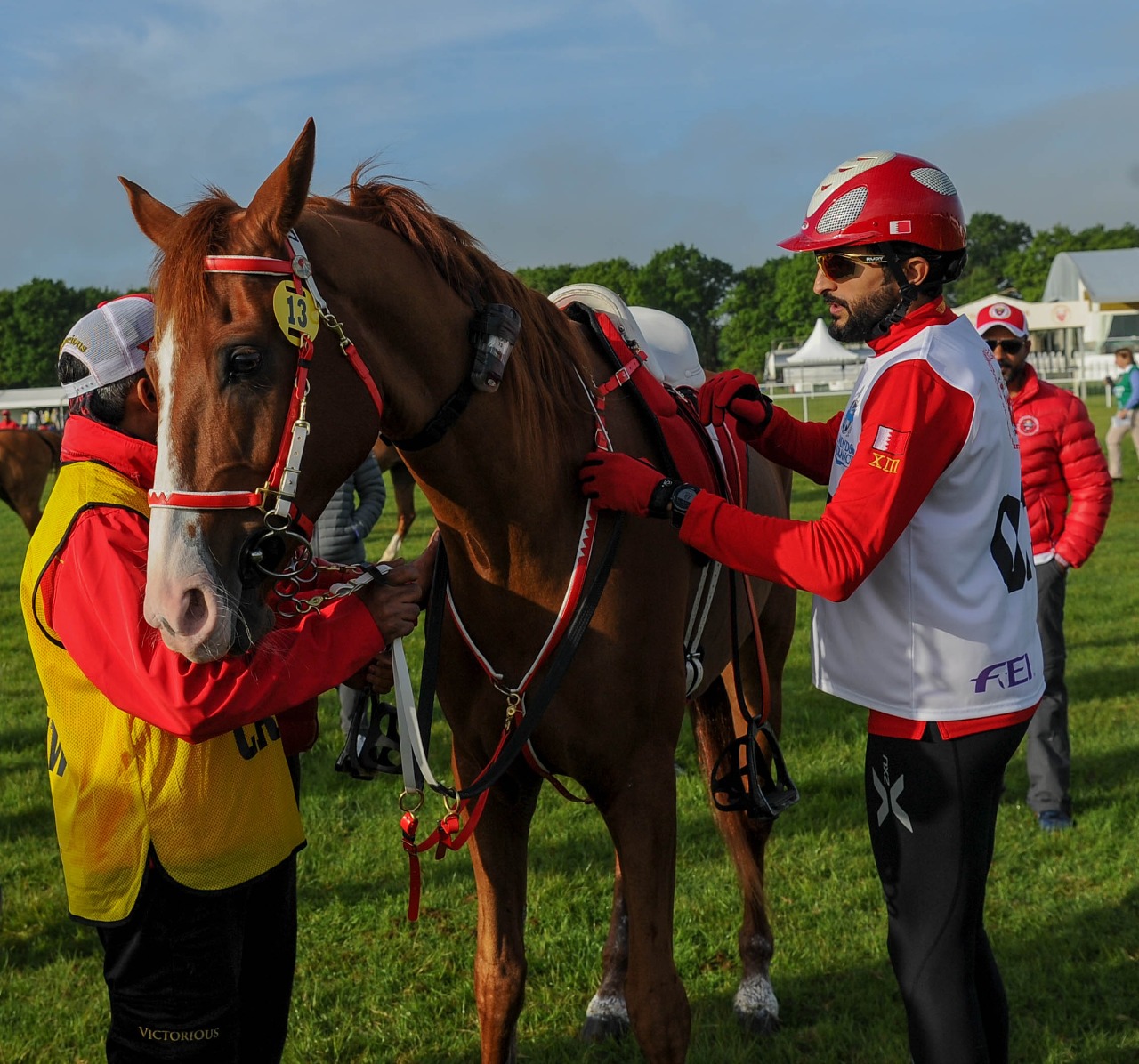 The Windsor Championship will witness a strong presence of the Royal Endurance Team.” His Highness added: “We will enter the Windsor Endurance Championship this year with full strength, as we aspire to confirm our position as a team and riders competing for the first places, following the suspension caused by the pandemic in the past two years and its impact on everyone.”

The Bahraini riders will also compete in the showjumping contest within the championship; an area in which the Kingdom has excelled throughout the past years.