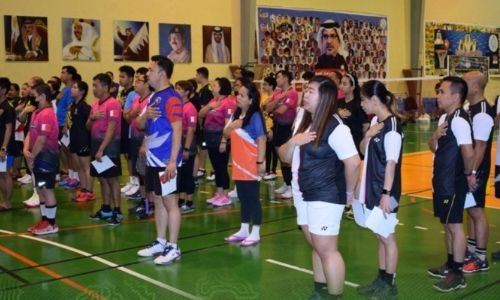 Teams included Filipinos from Bahrain and from Al Khobar, Jeddah, Dammam, and Jubail in the Kingdom of Saudi Arabia. On the other hand, the 6th Inter-GCC All Filipino Volleyball Tournament organised by the Filipino Club Volleyball Group was held at the Muharraq Sports Club. Aside from host Bahrain, the other participating Filipino volleyball teams came from Kuwait, Saudi Arabia, and the UAE. At the end of the one-day tournament, the results were the following:

During the opening ceremonies for both tournaments, Charge d’Affaires Anne Jalando-on Louis of the Philippine Embassy commended the two Filipino groups for successfully organising the tournaments that serve as platforms for fostering unity and for promoting camaraderie and a sense of community through sportsmanship.

She also acknowledged the efforts of the participating players, including those who travelled from Saudi Arabia, Kuwait and the UAE to participate and support the tournaments.