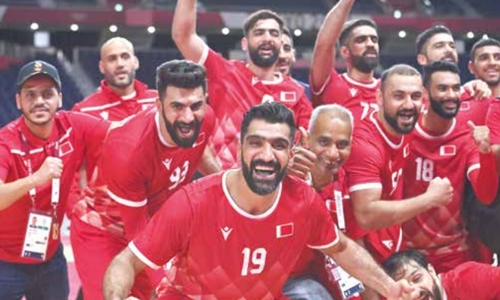 Bahrain yesterday learned of their match schedules for the four-team sports in the third edition of the GCC Games, which is scheduled to be held in January of next year hosted by Kuwait in Kuwait City.

The draws for the men’s competitions in handball, football, basketball and volleyball were held in the presence of representatives from the Olympic committees of the six GCC states.

The Bahrainis will be participating at the GCC Games in several sports that have yet to be announced.

For the Kingdom’s senior men’s national handball team they are scheduled to play five games in their competition, which is set to be held from January 4 to 10.

Bahrain’s under-23 Olympic football team, meanwhile, will play four matches from January 8 to 14.

The national basketball team will take to the hardwood for five games between January 7 and 12, while the volleyball squad will also play five matches from January 11 to 17.

The GCC games is a multi-sport event that involves nations in the Gulf Cooperation Council (GCC).

The first edition was held in Bahrain in 2011, followed by the second in Dammam in 2015. In handball, the Bahrainis play their first match against Saudi Arabia on January 4.

They then face off with the hosts the next day before taking on the UAE on January 7.

On January 8, they play Oman and then wrap up their bid for a medal against Qatar on January 10.

In football, the under-23 Bahrainis open their campaign against hosts Kuwait on January 8.

They will then meet Qatar two nights later, before facing Oman on January 12.

They conclude their matches against Saudi Arabia on January 14.

In basketball, Bahrain will begin their campaign against their Emirati counterparts on January 7.

They then meet hosts Kuwait the next evening, before facing Qatar on January 10.

On January 11, they play Saudi, followed by their final game against Oman the next day. For the volleyball national team, they begin their campaign on January 11 against Saudi.

They then face off the next day with the UAE, before playing their third game against Oman on January 14.

They take on Qatar on January 15, before playing their final fixture two days later against Kuwait.

At the previous GCC Games in Saudi Arabia, the Bahrainis finished fourth amongst the five participating nations on the final medal table.

The national team captured seven gold medals, 20 silver medals and 16 bronze medals for a total haul of 43 medals from 11 sports.