Pakistan's Shoaib Akhtar resigns on-air, walks off after being snubbed by TV host | THE DAILY TRIBUNE | KINGDOM OF BAHRAIN 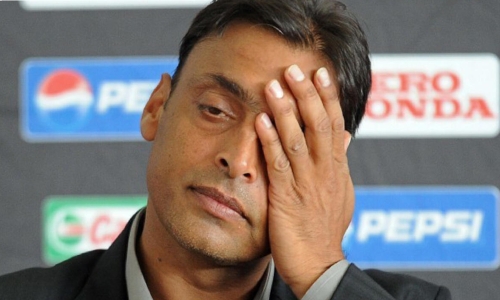 Former Pakistani fast bowler Shoaib Akhtar dramatically resigned on-air and walked off from the set after being snubbed by the show host on Tuesday night.

The PTV Sports show ‘Game on Hai ‘ saw some drama, soon after Pakistan defeated New Zealand by 5 wickets in the Super 12 fixture of the ongoing T20 World Cup.

The panel show analyses the game with several international sports stars. Akhtar was one of the guests alongside Sir Viv Richards and David Gower talking about Haris Rauf’s epic four-wicket haul.

As Shoaib Akhtar was going through some cricket trivia — during which he credited the Pakistan Super League's Lahore Qalandars team for discovering Shaheen Shah Afridi and Haris Rauf — the show's host, Nauman Niaz, seemed to take offense and snapped back at Shoaib.

Niaz cut a dumbstruck Shoaib short and fired back saying, “You’re being a little rude and I don’t want to say this: but if you’re being over smart, you can go. I am saying this on air.”

It wasn't clear what rubbed Niaz the wrong way, and it seemed Shoaib himself was caught off guard.

The tension heightened following the interruption, and Niaz called for a commercial break.

The show later resumed, but the atmosphere remained charged, and Shoaib, despite making an effort, seemingly struggled to get over the way he had been cut off.

He decided to resign from PTV Sports after apologising to the other guests.

Niaz, undeterred by Akhtar’s action, continued reading from his script as if nothing had happened.

The cricketer later issued a video statement on Twitter clarifying his position on the matter, saying that he had been ready to bury the hatchet to prevent further embarrassment.